It finally comes the time when we will go ahead and redo our bathroom, after procratinating for at least two years now. Hey we have our reasons. You know, it’s a massive job, and we know very little knowledge about plumbing, home improvement stuff etc etc ;)First of all, we want to replace our tiny storage electric boiler. The water pressure from this boiler is too low to power a shower, which is what we want. Then our bathroom is not big enough for a bath tub and a shower enclosure together. That means we need to remove the bath tub before we can fit in the shower enclosure. Because of the existing pipe works, we will also need the builder to do some boxing in. And since we are going to be doing so much work to our bathroom, we might as well replace our basin and WC with better ones…We have just done a calculation. Including rough estimate of the labour cost, the whole thing is going to cost us around £5k! Afterall this figure is not that far off from the one given by the B&Q guy. Apart from the fact that B&Q’s materials will not be used, as recommended by any of the installer we asked. And the small detail that the labour cost is only about half the one quoted by B&Q! In fact this lower figure has even included the boiler, and its installation charge too!We don’t yet know if the quality of work of this installer is satisfactory. We only know he sounds competent and honest. We found him from the Little Green Book. I can understand why people may feel more comfortable dealing with B&Q, as they are certainly a big company with presence almost everywhere in the UK. But the truth is they also outsource installation works to people like him anyway. So at the end of the day you will still need to trust these people that they will do a good job. Otherwise there will be nowhere to start, which was what happened to us 🙂 Wish us luck, and oh latest news, W has just ordered a mirror, 70% off from Bathstore, to help do some damage control to our wallet 🙂

It is this time of year when I find myself hooked to the X-Factor again! Yeah I know. But this year is a little different, as there is an act from Reading, in Danyl Johnson, that I can really support. 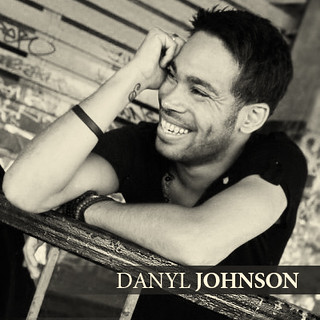 In fact W has made our first phone vote just now. We both feel that he’s talented. So it’s not just blind support for someone local.What is rather unfounded after today’s live performance was some of the judges kept attacking him for being over-confident, cocky and not likeable, despite a wonderful performance from him, and the last act to perform as well! Particularly coming from Louis, who put through an act in John & Edward who exhibits all the above attributes, barred the fact that they can’t sing! Come on, if they weren’t Irish, do you really think Louis would have put them this far? I very much doubt it. Louis is such hypocrit, and the other two judges obviously think Danyl is a huge threat, as he’s talented and is able to give a great stage performance. Other talented acts in comparison are good but just aren’t ready to give that kind performance yet. In a way it’s unfair to acts like Stacey, whom I like because of her personality, on top of her fabulous voice, but appeared to be struggling just to be on the stage. She reminds me of Phoebe in Friends, who I thought is just a fabricated character. So I find it funny, a bit surreal at the same time, to actually to see Stacey exhibiting the kind of qurkiness that Phoebe was acting :)I fear that the twins might progress to next week, considering that their performance was actually not as bad I hoped it to be. I think the girl groups and Jamie are vulnerable this week. I hope the twins won’t stay at the expense of Jamie, as I trully think he can do better than his performance this week.